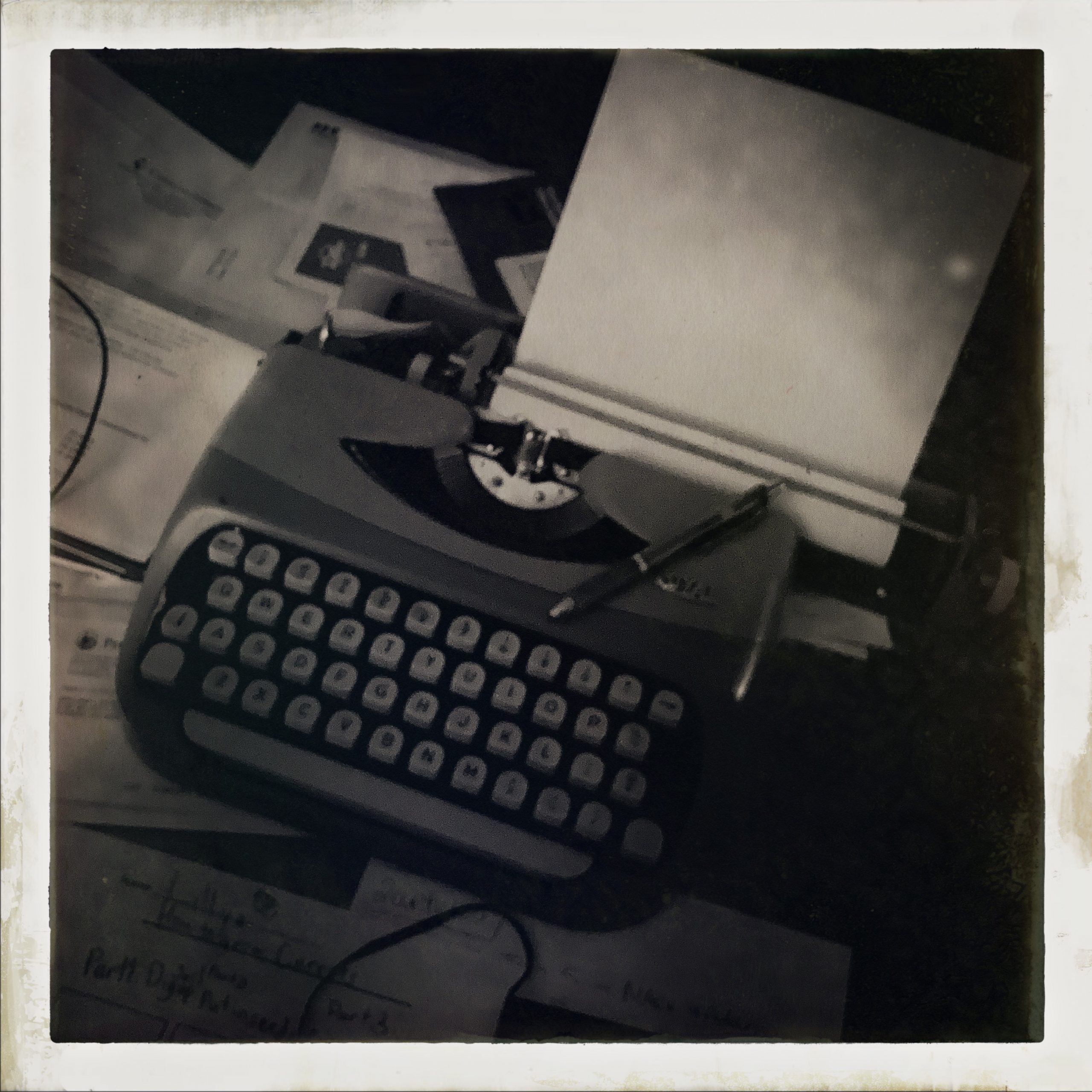 The boys were about a hundred yards into the timber under the shadow of so many trees that looked to them to rise up forever. Georgie was eight and his little brother, Theo, was six. They’d lost their way in the iron night of southern Missouri.

There were noises in the wild brush that antagonized their imaginations so. At one point Theo even reached for Georgie’s hand. “Is alright, Theodore. Don’t be afraid of the night.” But even as he said it, Georgie’s voice quivered in time with his knees. They’d set out earlier that day to scout the old shack in the woods fabled for going on a few generations back to be something of a magic lamp, an abode for a genie of devilish blood, a descendant of Lucifer hisself. They heard the devil down in the shack in the chasm kept a rattler for a pet and a mountain lion for company. Georgie knowed it as fact from their papa that the old devil and the mountain lion was one in the same.

Papa Manypenny set there on the shore of the Ozark lake fishing with Georgie one hot summer day, the kind round them parts where it don’t do to wear a shirt in the heat of the day unless you just like wringing it out ever’ hour or so. “Georgie,” Papa Manypenny started in with a gob of chew so heavy in his mouth it made the one whole side of his face sag, “I want to tell you ‘bout this mark on my face so if’n you go tramping where young boys these parts is wont to venture you’ll think twice when you remember what I’m gonna say to you.”

“Papa, I know it was a beast swatted your face with his paw.”

“That’s just about half and only half of the truth, G.M.” Papa Manypenny put his fishin’ pole on a “Y” shaped branch stuck in the dirt, took an apple from his beaten cloth rucksack. He made to offer it to his grandson but Georgie declined as he was gnawing on a massive hunk of buffalo jerky his pa’d brought back from a hunting trip into Kansas territory up around Denver City. The mosquitoes were thick in clusters around the trees a piece on up the shore line and in the glint of the sunlight seemed as dancing buckshot to old Papa Manypenny.

“Fishing’s more uncertain than crops though and you never know one hour to the next how it’s going to shake out.”

“Pa says with the right bait you can catch anything.”

“That what your pa’s saying?”

“Well, he ought to know better especially with that hellcat he’s calling Mrs. Manypenny these days. Ooh, where’n he found her I can’t rightly say. Must be down by Old Chestnut’s home he clapped eyes on her.”

Georgie eyed Papa Manypenny sideways as a cornstalk in a twister.

“Don’t look surprised grandson. You must hear them carrying on all hours just as easily as I.” Papa Manypenny tapped his ear with his finger. “And I don’t hear a spit outta this ear since that old paint, Hickock, bucked me off and I went all ass over wagon down Solomon’s Bluff back Allegany County, Maryland. I was camped out up the hills a piece with about five other farmers from the Pennsylvania state line. We were seeing what old Washington was up to down Fort Cumberland and well, being that we were fighting against the whisky tax we thought it only fitting to take along a jug or two or three to pass the time once in eyesight of the fort. I wasn’t paying much mind to where my horse was walking and he spooked on the edge of a trail with just about as steep a drop you get in them parts. He reared and down I tumbled like a drunken boulder through the timber. Didn’t hear nothing out of this ear that day or any of the 10,000 that followed.”

“We have, Sheriff, in the barn a young boy from the Coil family. He stole not only one of our healthiest geese but a knife I’d set out on the sty fence post in the process of running down our only sow who’d somehow made off through a hole I suppose this mutt here dug up after the storms last week.” Big George Manypenny yanked up on the dog’s leash with a violent jerk of his hand to let the mutt know it was still not out of the woods.

“Well, Big George, what kind of shape is the Coil boy in? Mr. Coil isn’t going to be pleased in the least to know his boy’s out here on your land.”

“Well, if that drunkard Coil kept a leash on his boy like I do my mutt, he wouldn’t have nothing to be displeased by. Way it stands, way I see it. Is his own damn fault and nobody else’s his boy’s done in the shape he’s got in.”

“Up there’n the tobacco shed.”

“Got a good crop there this year’n?” The sheriff spit the entire gob of chew out behind himself and dug around his gums and cheek to clear the rest with his finger.

They walked through the broken grass and their boots disappeared with each step into the blades that were still green even though Big George and his three oldest boys were out just that morning swinging away with the scythes and what a sight it was for Big George watch from the corner of his eye, the youngest among his mowers to clumsily wield the scythe for the first time as he cut a jagged swath, stopping more frequently than necessary to sharpen his blade or more, the father supposed to rest his arms as they grew heavier as the morning wore on. In the heat of the afternoon the fresh mow would become flax and the boys would return with the cart and their pitchforks to rake the mow into the cart and haul away toward the barn. By this time, the second to oldest son, Erik, had come out from the house and was walking just a few steps behind his father’s shoulder, out of sight but in ear shot.

“Hear about the stagecoach raid back in Saint Charles County, Big George?”

“Two men killt. Another beaten to within an inch. Lost an eye, that one. Like as not gonna walk with a drifting hobble rest of his days.”

“What fer?” Big George said. He pulled an apple from his pant pocket and set to chucking off honks with the juice set upon his chin to match the sweat on his brow.

“Reported they were transporting upwards of $8,000 to what end, I never caught the slightest hint of. Just that two Kentucky constables were laying there beside the wreckage naked as jays, both of them with their throats cut. And, I’m not talking a slice, I mean throats entirely cut out.”

“Ever hear such a thing before?”

Erik put his hand over his throat. No, he hadn’t heard such a thing before but his father wasn’t speaking to him.

“Big George, I seen all manner of violence done by man to man and it ain’t the act that crawls in and eats you up.” The sheriff spit a glob of mucus and cleared his nose with a snort and pulled his handkerchief from his tan vest to wipe his mouth. “It’s the why that always leaves you confounded. You take your days and you build ‘em brick by brick and try to make something and teach these’n what that you know, whatever little it may be.” The sheriff swept his arm back to gesture to Georgie’s son. “But, then, try as you might to set a foundation of hard work and what the Good Lord teaches, you fan out an obscene amount of money in front of man who’s walked the cruel road life leads so many of us down, he’s bound to throw his hands up and show us all the fleeting nature of existence. 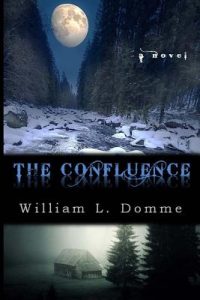 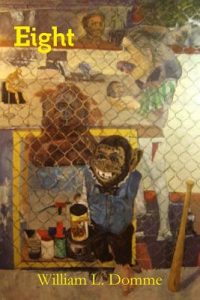 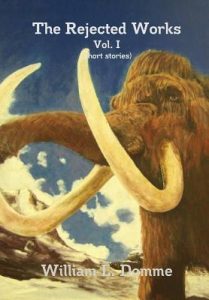 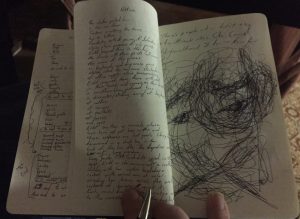